Louisiana
Teacher of the Year

In Her Footsteps: Honoring the Legacy of My Mother
by Chris Dier

Some of my earliest memories of life in St. Bernard Parish is of grocery shopping with my family. As we were “makin’ groceries,” my mother was often stopped by former students excited to see her. They so casually offered powerful testaments to her influence as a teacher, such as, “you changed my life,” or “I went to college because you believed in me.” They recalled dressing up in togas to reenact famous debates of Ancient Rome or going on meaningful field trips. These occurrences were so common that they were normalized for me; I thought it took every family hours to shop because of these interactions. It later occurred to me that this may be atypical for the average person, but it was just a day in the life of a career teacher.

My mother, Lynne Dier, just started her forty-third year as an educator in St. Bernard Parish. She first convinced me to enter the profession when I was in college. She invited me to watch her teach at Chalmette High School in Room 215, and I saw my mother inspiring young adults in real time. I saw her passion and the positive reactions of her students. I saw her put students first in every choice she made and the material impact of her devotion. I left Room 215 knowing that this was my calling.

In 2010, I applied to teach a significant disabilities class at Trist Middle School. The principal, Denise Pritchard, gave me an opportunity despite my lack of experience as a recent college graduate. I was ready to change the world, but teaching was harder than I could have possibly envisioned. However, I could call on my mother for advice at every junction. She knew the solutions to complex issues that I did not encounter in my graduate courses. She became my mentor.

In 2015, she retired and asked if I would take over her classroom. (Seriously, how do you turn that down?) I applied, and I now teach in Room 215 at Chalmette High, where I first observed her. As we all expected, however, she did not remain retired for long and reentered the classroom at the elementary level.

This story is important to me on a personal level because without her influence and mentorship I would not have been awarded the 2020 Louisiana State Teacher of the Year. I would not have had the opportunity to give back to the community of St. Bernard Parish that gave me so much as a student and teacher in their public schools. Most importantly, I would not have taught over a thousand students and impacted them, hopefully in a similar manner Mrs. Dier still impacts her students.

My personal journey is merely one example for a universal truth about educators. Behind every person there is that teacher who made their mark and altered their trajectory for the better. It’s important to remember to give back to the educators and mentors who shaped us. Henry Adams, an American historian, stated: “A teacher affects eternity; he can never tell where his influence stops.” Adams, a famous author descended from two presidents, was inspired by the powerful effect of his ancestors and professors at Harvard. Equally as powerful are the vast and lasting effects of good teachers. As the son of an educator, I, too, know the powerful effect firsthand.

Tears rolled down her cheeks after I was announced the Louisiana State Teacher of the Year. In my acceptance speech, I knew I had to give her the recognition she deserves. She modestly accepted. Now, when former students stop me in a grocery store aisle, I think of the times when it happened during my childhood, and just smile.

Think back to that special educator who impacted you, and give them a nice “thank you.” 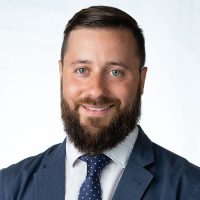 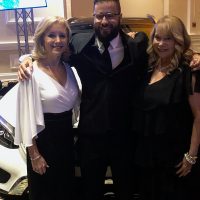 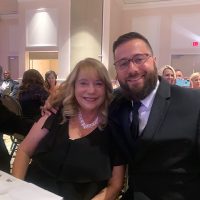