A word from the
First Lady of Louisiana 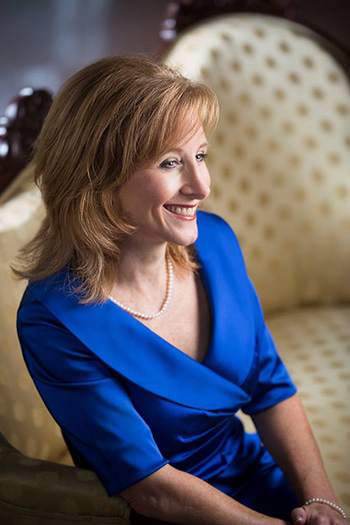 On August 22, 2019 at the St. Joseph Cathedral in Baton Rouge, we celebrated the life of former Governor Kathleen Babineaux Blanco.

Many people have shared their memories and thoughts of Kathleen.  One that I thought was especially touching was by a mutual friend.  He said, “A great irony of her time in office is that people perceived her humanity and empathy during Katrina as weakness. When in reality, she is probably the strongest person I’ve ever known. She really is the definition of a Steel Magnolia.”

John Bel referred to Kathleen as a “Steel Magnolia” the day before. How appropriate.  John Bel was determined to find a special magnolia tree and have it planted on the Mansion grounds of the Governor’s Mansion for her family to see on following the Celebration of Life Service honoring Governor Blanco.

As I contemplated Kathleen’s leadership style, I looked at my husband’s leadership style. I began thinking about what it means to be a true leader. What is the definition of a leader? Does the leader always have to be the one in charge, the president of an organization, the chair of a committee or the one in front of the group? The answer is no.  However, certain characteristics are common to the best leaders, and good leaders are respected.

As I began to research the different characteristics essential for good leadership, I came upon the following list. Each of us has a responsibility to be a leader in some way, maybe in your classroom, family, job, civic organization, among our friends, etc.  An essential attribute of good leaders is compassion for others.

Governor Kathleen Babineaux Blanco leaves behind a legacy of good leadership, of kindness and true love of neighbor.

Some definitions of good leaders:
Leaders find purpose in the needs around them.
Leaders not only know where they’re going; they also take people with them.
Leaders earn the right to be heard.
Leaders should listen to God before asking others to listen to them.
Trust is formed by a leader’s character and credibility.

“A leader of good judgment gives stability; an exploiting leader leaves a trail of waste.”  — Proverbs 29:4

“Leadership should be born out of the understanding of the needs of those who would be affected by it.”  –Marian Anderson

“You are not here merely to make a living. You are here in order to enable the world to live more amply, with greater vision, with a finer spirit of hope and achievement. You are here to enrich the world, and you impoverish yourself if you forget the errand.” —Woodrow Wilson

“Leadership is the art of giving people a platform for spreading ideas that work.” –Seth Godin

“To add value to others, one must first value others.” –John Maxwell

“The task of the leader is to get their people from where they are to where they have not been.” –Henry Kissinger

“Treat people as if they were what they ought to be, and you help them become what they are capable of being.” –Johann Wolfgang von Goethe

“I suppose leadership at one time meant muscles; but today it means getting along with people.” –Mahatma Gandhi

“Do what you feel in your heart to be right, for you’ll be criticized anyway.” –Eleanor Roosevelt

“A true leader has the confidence to stand alone, the courage to make tough decisions, and the compassion to listen to the needs of others. He does not set out to be a leader, but becomes one by the equality of his actions and the integrity of his intent.” –Douglas MacArthur 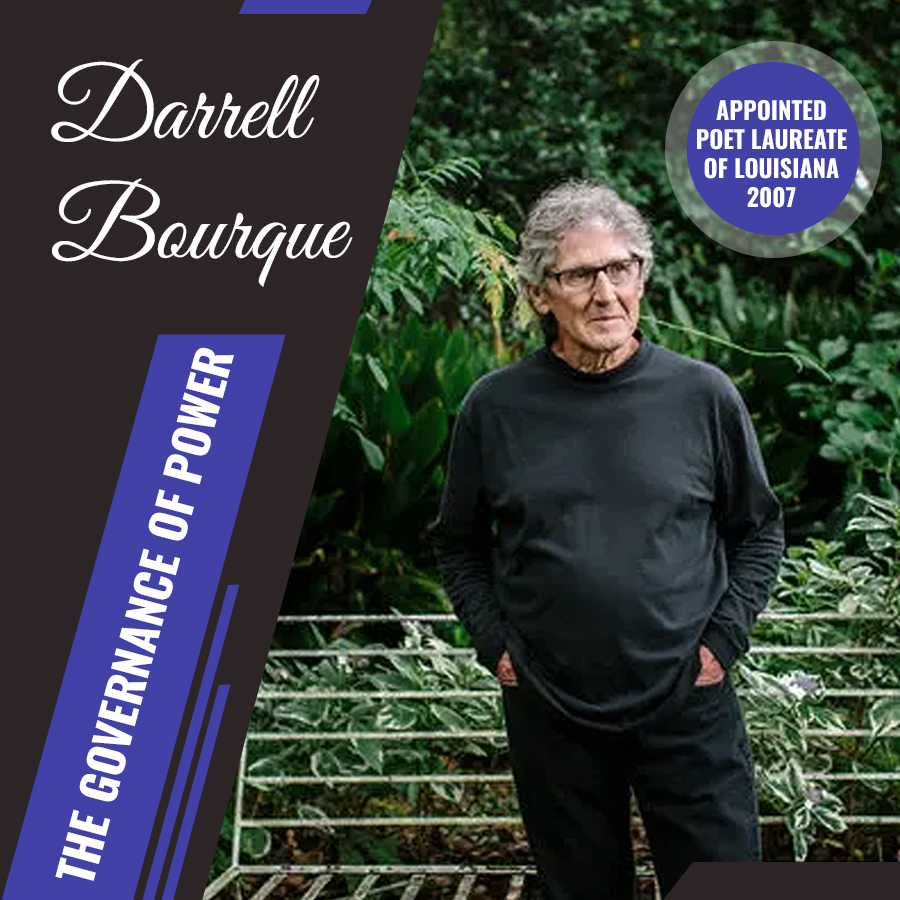 Power is a woman who looks directly into the camera,

says a defining moment in her life is the loss of a son.

Power is a woman who always writes her own script.

Power is a woman who takes a 15 year turn to raise children,

Power is a woman who cares about the health of others first.

Power is a woman who teaches, and then teaches teachers.

She teaches them to build their schools first from the inside.

she knows she’ll spend the rest of her life with, and does.

Power is fearless of foreign tongues and places and peoples.

Power is a woman never hedging when it comes to her God,

how she will walk with Him and talk to Him and rest in Him.

Power is a woman who can say “I am a powerful woman,

and I don’t say that because I was governor.” She says,

“I’m not powerful because I wield power, then or now,

but because I claim personal power and I claim that power

to define my personal happiness.” She says this to students

at the beginning of a new phase in their lives, a last phase

in hers. She says, “I suggest you give yourself that gift too.”

All power comes from big-heartedness, and a plan, from

hope and faith. She’s saying, “give yourselves that gift too.”

The Teach MAM Certification Pilot wrapped up in August, and we are planning our statewide rollout later this year! During our pilot phase, the New Orleans Arts Education Alliance collected data from 14 schools in 4 diverse parishes across the state – Natchitoches, Orleans, Tangipahoa and Lafayette Parish. Each school nominated a MAM Liaison – a key staff member to participate in a survey and interview cycle about strengths, areas for growth, and upcoming need areas for music, arts and movement in their school and parish. 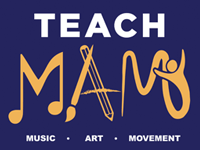 First Lady Donna Edwards welcomed foster care advocates and faith leaders from across the state to the Governor’s Mansion on Friday, August 23, 2019, to celebrate the success of Louisiana Fosters and to increase involvement of faith-based communities in support of foster parents and the children in their care. The event theme was “One Church, One Family, One Child” – a statewide call for faith communities to recruit and support families within their congregations to foster a child in the state’s custody. 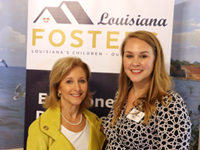 This is a poem written by Megan, a 16-year-old girl who was rescued from human trafficking and became a resident of Metanoia Manor. While at Metanoia, she wrote this poem. The First Lady asked if she could read it to people, and Megan said, “Yes, but read it to big groups of people who will help.” 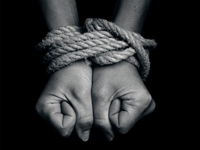 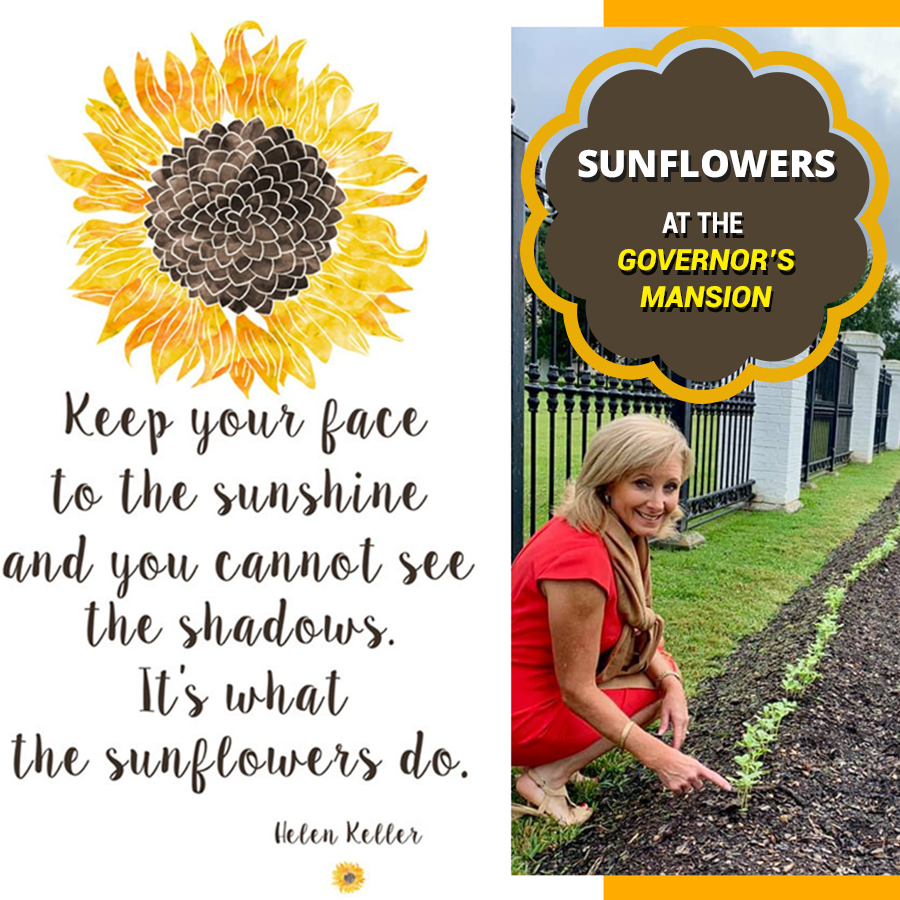 at the Governor’s Mansion

Two rows of glorious sunflowers are waiting to bloom in front of the gates of the Governor’s Mansion. The yellow color of the sunflower symbolizes vitality, intelligence, and happiness and friendship. Sunflowers are often given on 3rd year wedding anniversaries as signs of adoration, loyalty, and strength. Here in Louisiana, the sunflower can be seen growing in fields and gardens all over the state. 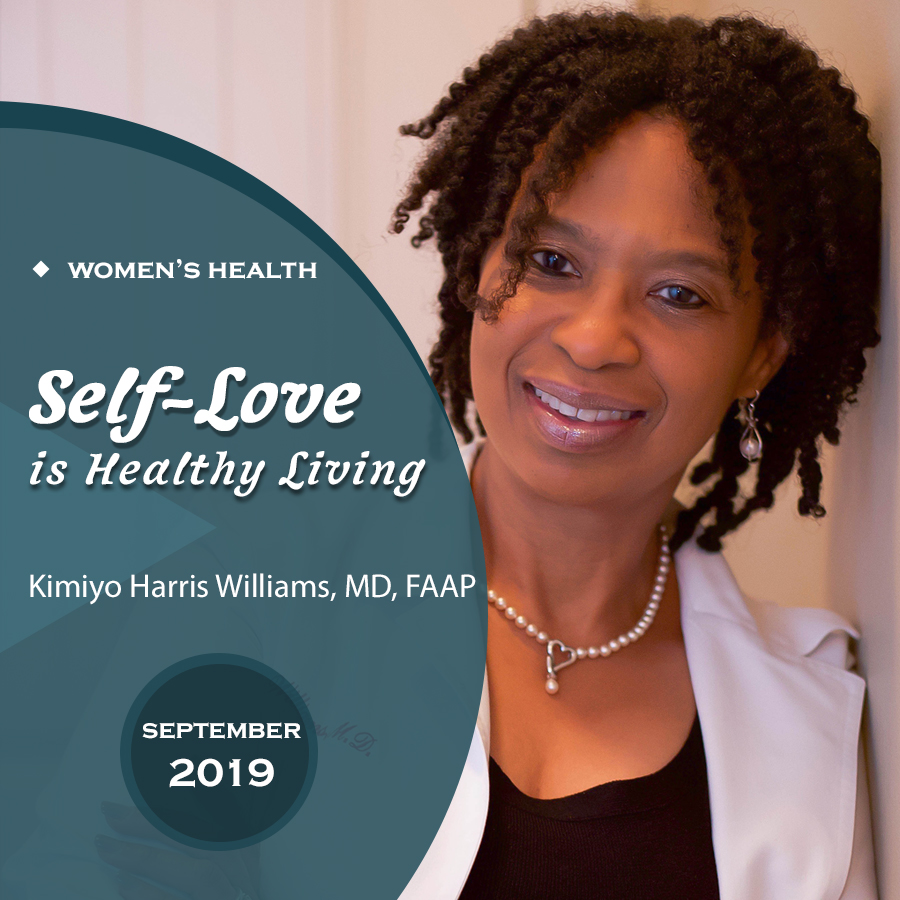 I must admit, it can be somewhat overwhelming to carve out time to focus on our health and wellness. After all, we as women, have to make sure the kids have clean uniforms, breakfast is available, homework is completed, and lunch is prepared. After the school day, we transport the kids back and forth to extracurricular activities, make sure we have dinner cooked, take care of aging parents, complete a project for work, prepare a presentation for the boss, make it to our church meeting and serve as leaders in our church; not to mention, all of our community service projects and organizational commitments. Therefore, it’s no surprise that our health is often put on the “back burner.” However, I would like to urge the women of Louisiana to practice some “self -love.” Loving ones’ self can potentially change health outcomes both physically and mentally.

Self -love is demonstrated when you decide to schedule an annual physical exam.  Every woman should have a medical physical at least once a year. Additionally, learning your family history is very important and can help your doctor regarding your individualized medical care. Moreover, regular interaction with your provider develops a healthy rapport and establishes trust. This trust and rapport allows for overall better health care outcomes.

As you embrace this idea of “self-love,” don’t get it confused with selfishness. Some synonyms for selfishness are egotism, self-seeking and self- serving. The “self-love” that I am referring to is neither of the above. This self-love is all about caring and loving yourself enough to check-in on your wellness and to work daily in fostering healthy living. I encourage focusing some energy on taking care of “self” so that we can be our best for others. Taking care of our mental and physical health is very important.

People of Louisiana Making a Difference 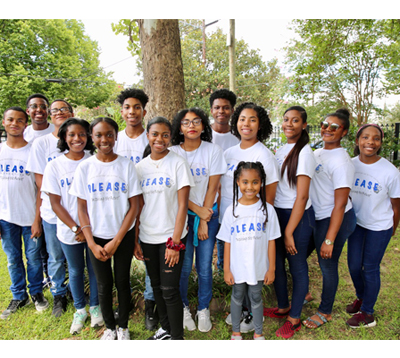 The PLEASE Foundation (PLEASE) was founded in 2007 by native New Orleanian, Yvette Endom. A passion for helping at-risk children and displacement from her home for nine months due to Hurricane Katrina, drove Yvette to make our community a better place. PLEASE adheres to its mission by identifying at-risk students in the New Orleans area who have a desire to attend college, have a strong work ethic, and continuously aim to achieve academic success. Through mentoring and education, PLEASE inspires at-risk children in New Orleans to achieve their greatest potential.
Read More 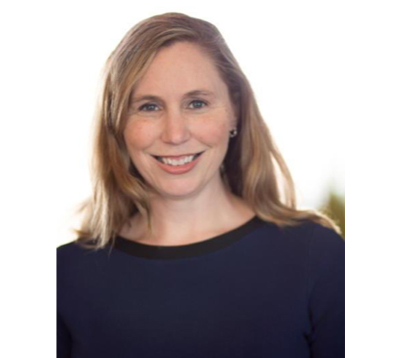 I have just embarked on my nineteenth year of teaching music. During this time, I have taught over 5,000 students. I have taught students of different races, religions, backgrounds, and abilities. I have taught students that have experienced poverty and/or extreme trauma. I have also had students that come from financially secure and/or supportive homes. Over these years, I have come to realize that there are three undeniable truths regarding music education. While you may find a multitude of research that can support these truths, I only need the evidence that has been before my eyes the past eighteen years. Here are my teacher truths.
Read More 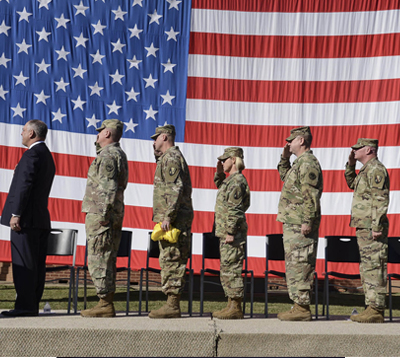 The recent overseas deployment of the 832nd Engineer Utilities Detachment, a Louisiana National Guard unit headquartered in Plaquemine, is a reminder to all of us that our support of the Nation’s war fight continues. Since 9/11, over 18,750 Louisiana Guardsmen have deployed in support of the Global War on Terror. Currently, over 700 LA Guardsmen are deployed overseas and another 450 are pending deployment. For nineteen years now, Guard units continue to perform admirably, professionally, honorably, and return as heroes. To those Guardsmen currently deployed and to their families, we say God bless and God speed.
Read More 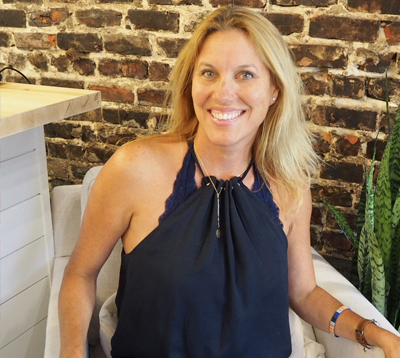 Leslie McMichael founded LesCo Productions LLC in 1996 as a full-service events and marketing Production Company. Her dream was twofold, one, to create the most uniquely interactive marketing experiences for her clients, another to fashion a career that would allow her to eventually be both a businesswoman and a full time mom. By 2001 both of these dreams had come true for Leslie. LesCo Productions was producing events across the country and at home in Louisiana. Leslie was also raising her two amazing daughters Macy and Mollie McMichael.
Read More 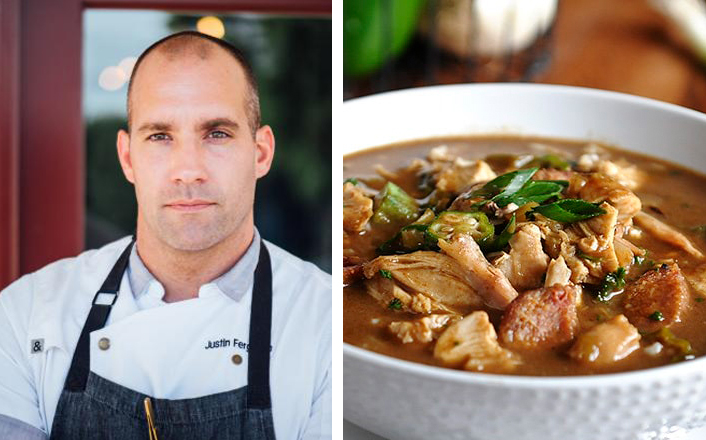 This gumbo starts with a dark roux and is finished with classic New Orleans ingredients including Tasso ham, Andouille sausage and Creole seasoning. 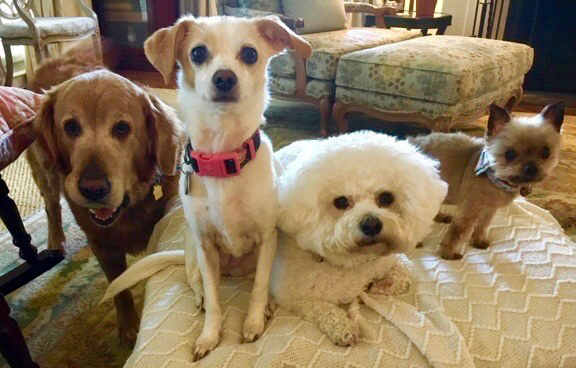 The First Dogs have been glued to the television,
watching their favorite football teams! 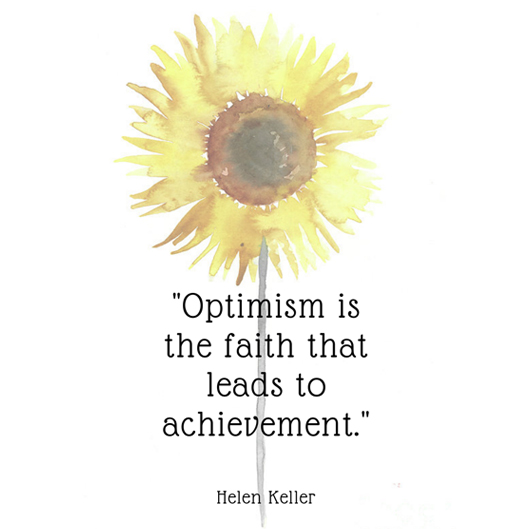 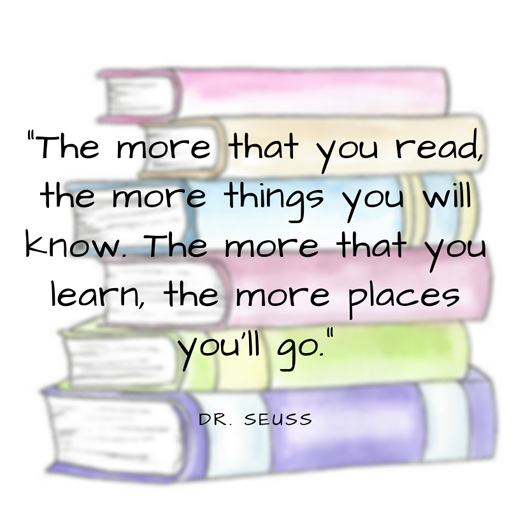 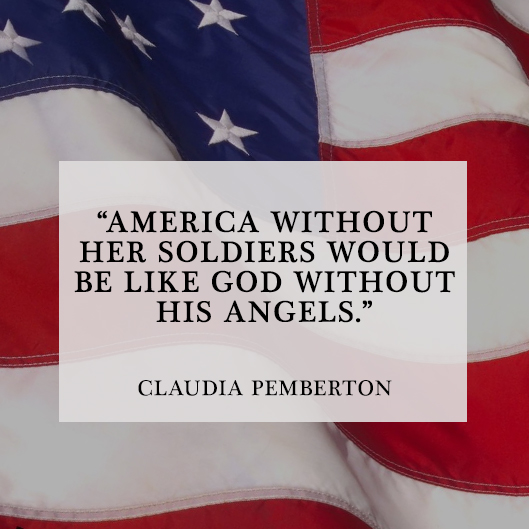 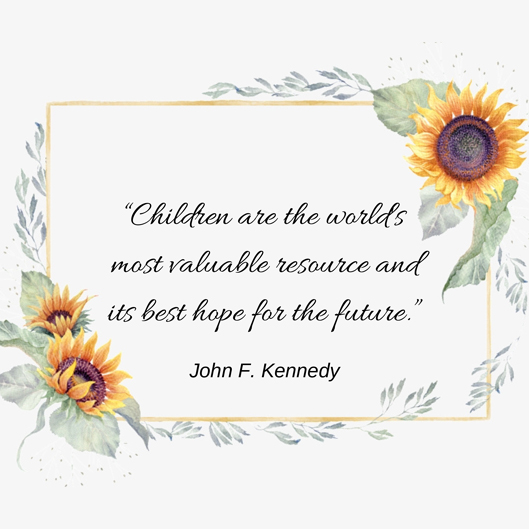 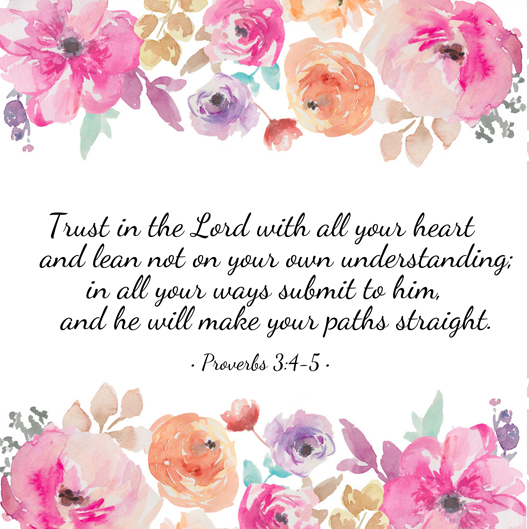 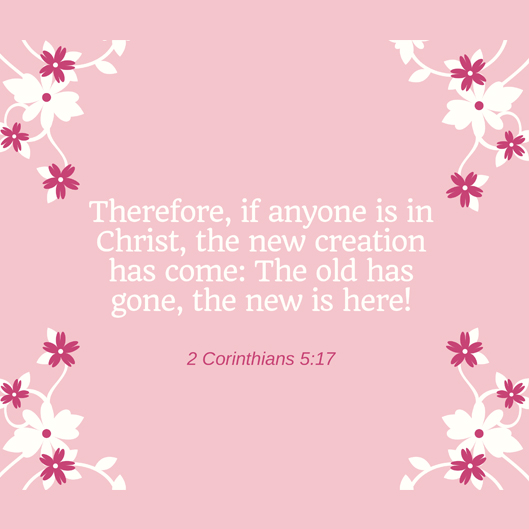 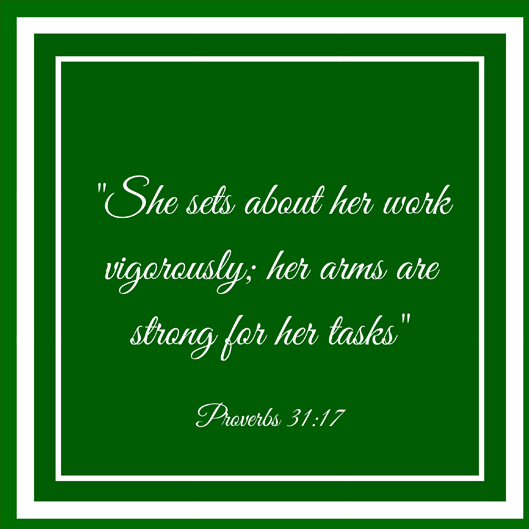 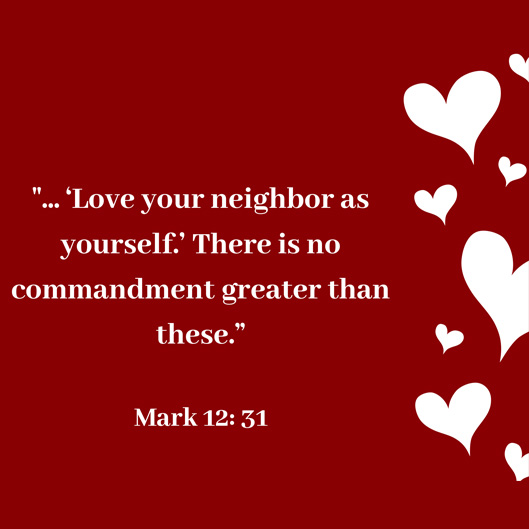 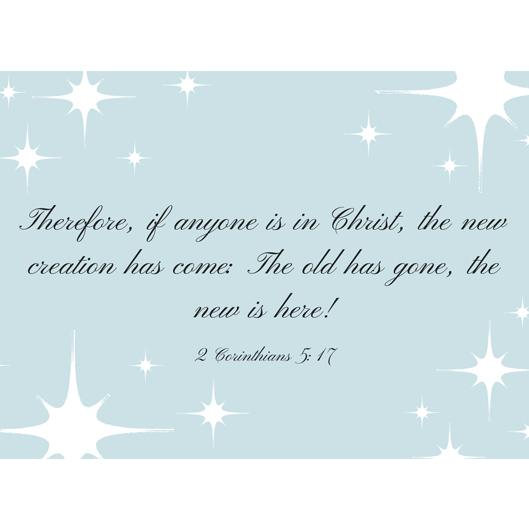 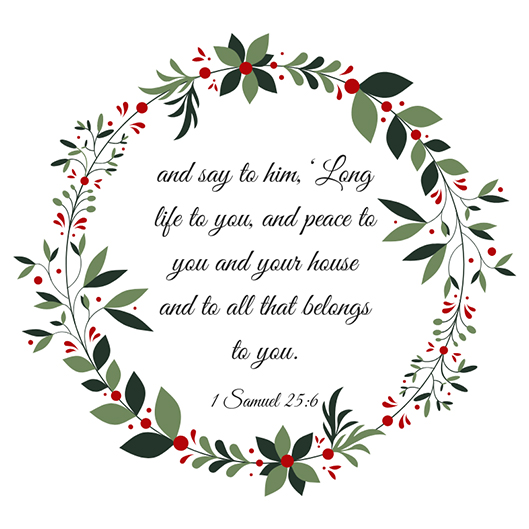 Let us know what you think or share your story!