Master Sergeant Tanya Barnett Whitney retired from the military in July 2010 after nearly 28 years of service with the Army and Army National Guard. She served as an aircraft mechanic with her last assignment as the Army National Guard’s Fixed Wing Aircraft Maintenance Supervisor before retirement. Her military awards include the Legion of Merit and the Meritorious Service Medal with 2 oak leaf clusters. As a 100% permanent disabled veteran, Tanya concentrates on volunteer work, particularly work concerning women veterans and wounded warriors such as herself.

Chairman of the Ascension Veterans Memorial Park Foundation, Tanya creates programs to honor the efforts of local residents serving our country from the American Revolution to current operations. Tanya implemented the Ascension Parish Wreaths Across America program to honor veterans who have passed on, placing wreaths across 70 plus cemeteries in Ascension Parish. Under her leadership, the foundation has also implemented programs to honor Vietnam Veterans and Purple Heart recipients.

A Guest Speaker for events regarding veterans and veteran issues, she assists other veterans as a peer mentor and provides input on women veteran issues to members of the US Congress. Tanya has worked with local television and news media on individual events, forums, and articles highlighting women in military service and how to cope with the effects of PTSD and a traumatic brain injury. She is the Louisiana Ambassador for the Women In Military Service For America Memorial in Arlington, VA.

Tanya also serves as a Cross Country Head Coach and Track and Field Assistant Coach at St. Amant High School, increasing the numbers of students participating in the Gators’ programs. She is also an accomplished Masters Athlete in the field of throwing. Tanya is a top athlete in her age group in the shot put, discus, javelin, hammer throw, weight throw, and super weights, placing in many local, regional, and National competitions.

An award winning and accomplished poet, Tanya has had several poems place in national poetry contests to include a gold medal at the 2018 National Veterans Creative Arts Festival. She has been recognized across the nation with poems published in various poetry publications. Tanya has received numerous national and local awards and recognition for her work and dedication to educating, volunteering, and serving members of the community. Tanya has been married to Robert Whitney, Jr. for over 30 years and they reside in Sorrento, LA. They have two children, Robert III and Rebekah. 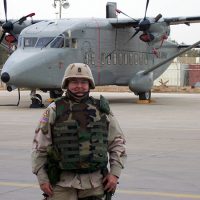 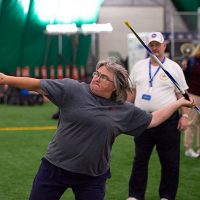 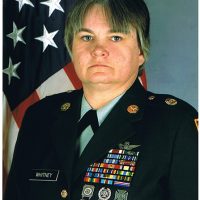