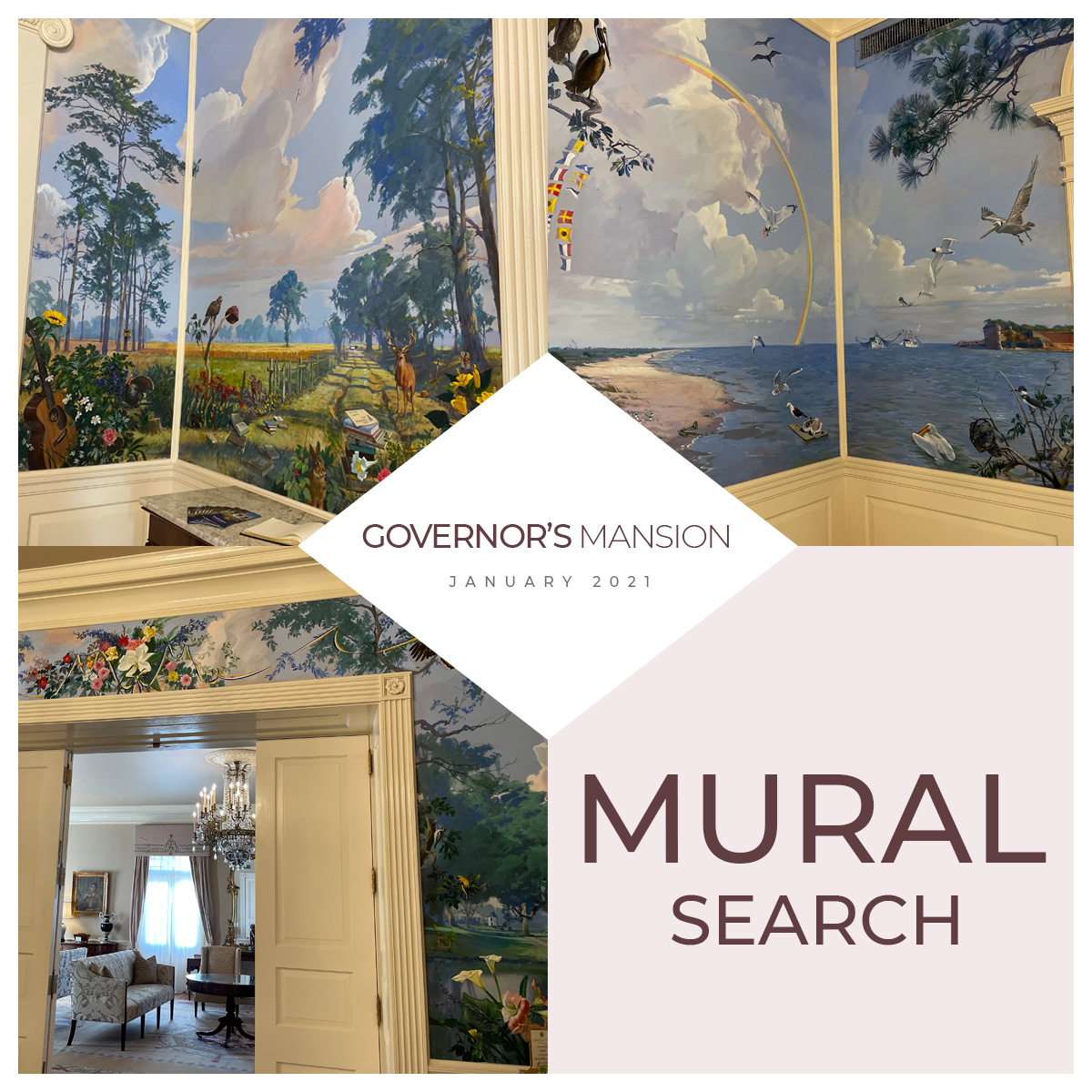 Upon entering the mansion, visitors encounter a beautiful mural that spans the entire foyer. It was painted by artist Auseklis Ozols who founded the Academy of Fine Arts in New Orleans. In the year 2000, Ozols began painting the mural, which took him six months to complete. He often hides symbols throughout his works of art, and true to his style, he has hidden several symbols in the mural that pay tribute to each governor who has lived in the mansion.

In the Grand Isle section, he painted Governor Murphy “Mike” Foster III and Mrs. Alice Foster walking along the beach holding hands, as well as their hunting camp, and a sign that reads 1492-1892. The camp’s history shows Governor Foster’s paternal grandfather, Murphy J. Foster Sr., was elected governor of Louisiana in 1892. There is also a camouflage hat with the name “Mike” across the front. An avid duck hunter, Governor Foster’s hats always lay around the mansion while he lived here, so Ozols picked up one and included it in the painting. In the same corner, there are two warning flags for the two major hurricanes that struck the state in 2005, Hurricanes Katrina and Rita. The rainbow, which signifies the rebuilding of our state, is a tribute to Governor Kathleen Blanco. Governor Blanco served five years as a member of the Louisiana House of Representatives and became the first woman to be elected as governor of Louisiana.

One can find a deck of cards representing one of Governor Edwin Edwards’ favorite pastimes in the mural’s northwest corner. In the same corner, there is a postcard of the Superdome as a tribute to Governor John McKeithen, credited with gaining approval for the sports stadium’s construction. A turtle marks the long and strenuous amount of time put into building it.

In the northeast corner, two symbols honor Governor Jimmie Davis – a guitar and a sunflower to represent the song he wrote, “You Are My Sunshine.” One stack of books is for Governor Buddy Roemer, an avid reader, and a Harvard graduate, while the other is for Governor Bobby Jindal, a Rhodes Scholar. The artist also included a baseball bat and a football for Governor Jindal’s two sports-loving sons and a painted canvas for his daughter.

Above one of the doors are blue and gold ribbons, the state colors and denote the native flowers grown across the state. The gold ribbon is in the shape of a double “M.” This is significant because it stands for the Roman numeral 2000, the year of the mural’s commissioning.  The artist forgot to add azaleas, a very common flower found in Louisiana, so he added a seagull carrying azaleas in the Grand Isle corner.

Over the other door, you will see some of the common crops found in Louisiana including, the Perique tobacco, which is only grown in St. James parish and nowhere else in the world; sugar cane; Creole tomatoes; peppers; strawberries, and cotton.

There are 15 objects hidden inside the mural for you to find, but please don’t rush – take your time.

They could be big or small. Let’s see how long it takes you to find them all.

They are in plain view for you to see, so don’t get stuck. The governor and first lady believe in you and wish you all GOOD LUCK! 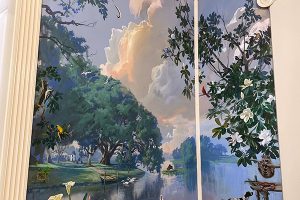 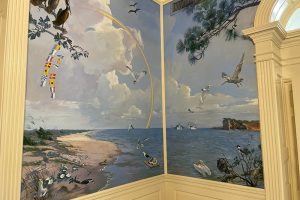 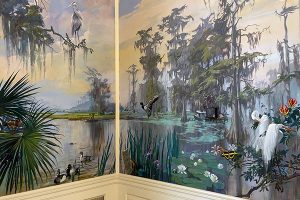 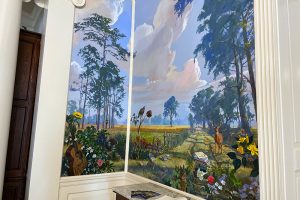 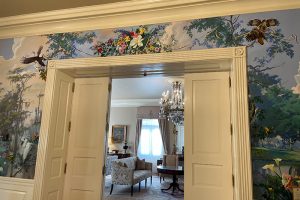 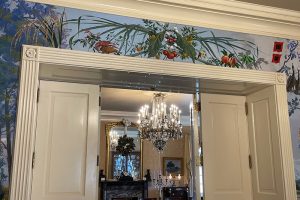