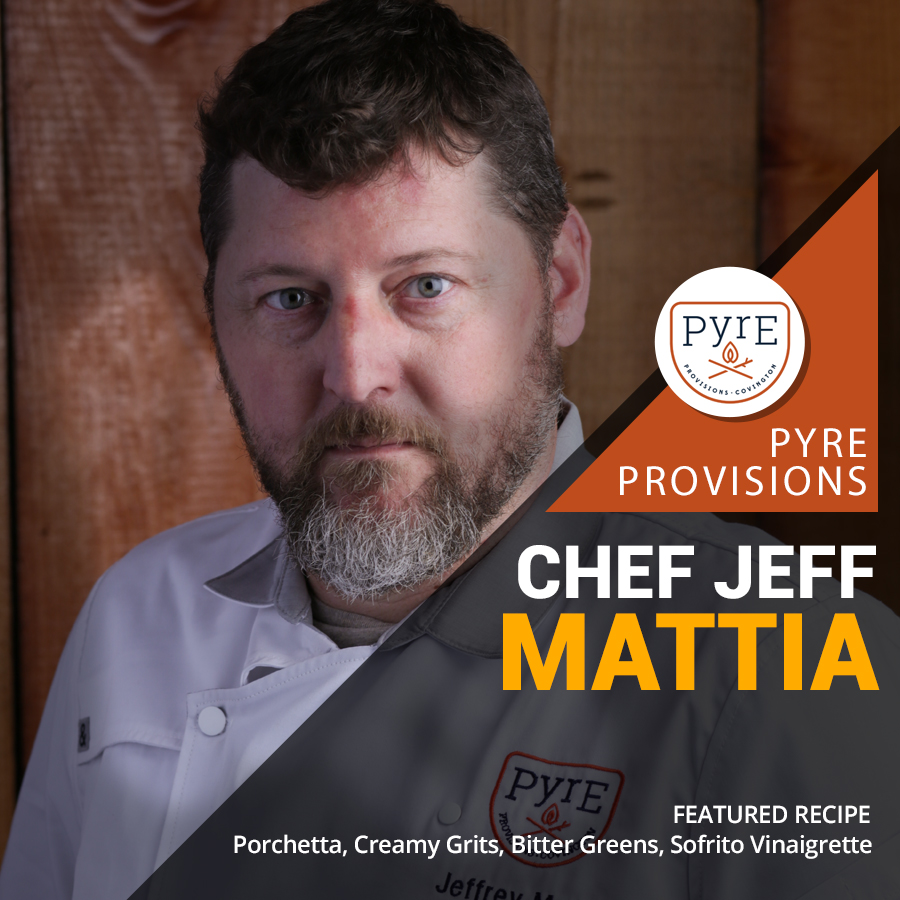 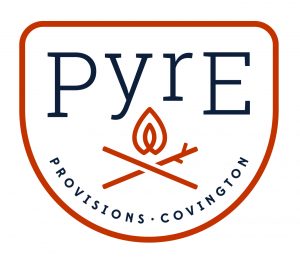 Chef Jeff Mattia’s 25 years of professional culinary experience is product of a life of interest in food and cooking. Born and raised in Hartford, Connecticut, Mattia began helping his mom cook when he was only 2 years old – it’s been his passion ever since. His lifetime of interest in the culinary arts – both personally and professionally – have given Mattia a diverse and broad view of hospitality that influence his guest’s experiences at Pyre Provisions.

Mattia proudly served in the United States Marine Corps from 1995-1999 where he cooked for 1,000-5,000 troops every day on board  US Navy vessels and in the field. During his service, he requested deployment wanting to serve his country. During his deployment, he experienced the food and cultures of 26 countries before his honorable discharge as a Corporal in Charge of a Field Mess Operation with 24th MEU.

After his service, Mattia enrolled at Johnson & Wales University in Rhode Island, graduating with a Bachelor’s Degree in the Culinary Arts in 2003. Following graduation, he gained experience as the Sous Chef at Todd English’s Tuscany, where he stayed for three years before joining Tom Colicchio’s team as Chef de Cuisine opening the 3rd location of Craftsteak. After two successful years, he relocated to New Orleans to work under chef John Besh as Executive Sous Chef at Restaurant August in 2010. In 2012, he was promoted to serve as Executive Chef at American Sector at The National World War II Museum. In 2014, Mattia left the Besh group to expand his hospitality experience, first at the Hyatt Regency and then at the Royal Sonesta New Orleans. In 2017, Mattia was named Best Chef of Louisiana by the American Culinary Federation’s New Orleans Chapter and, in 2019, Mattia received the Hotel Champion of Hospitality Award from the Louisiana Hospitality Foundation.