Dong Phuong Oriental Bakery (Vietnamese: Đông Phương, literally “The Orient”) is a Vietnamese retail and wholesale bakery, restaurant, and catering business in New Orleans, Louisiana. It is known for supplying baguette style bread for many of the city’s restaurants that offer banh mi or other sandwiches, and has its own popular banh mi counter. The bakery, along with the nearby Mary Queen of Vietnam Catholic Church, were fixtures of the Vietnamese community in New Orleans even before surviving the devastation of Hurricane Katrina. It is located at 14207 Chef Menteur Highway in the “Little Vietnam” section of Eastern New Orleans. It is attached to a sit-down restaurant of the same name that serves a variety of Vietnamese and Chinese dishes, including phở, bún thịt nướng, bún riêu, and bánh hỏi.

De and Huong Tran, Vietnamese immigrants to the United States, opened Dong Phuong in 1981. Huong learned to bake pastries in her father’s bakery in Vietnam and De joined in the effort to recreate his favorite childhood foods. The Tran family’s bakery and restaurant in eastern New Orleans is, like the nearby Mary Queen of Vietnam Catholic Church, a monument to the resilience of the Vietnamese community that refused to be washed away by floodwater. It’s also one of New Orleans’ finest purveyors of Vietnamese cuisine. The bakery is crowded at midday with customers snatching up fresh-baked banh mi, the Vietnamese-style French bread; banh mi thit, the sandwiches known locally as Vietnamese po-boys; and an array of exotic sweets — mung bean bars that taste like Fig Newtons, gummy candies made from steamed yucca — that will make you squint with wonder.

Deemed “A vital part of the local culinary landscape”, by the James Beard Foundation.

Dong Phuong has helped develop a loyal following in New Orleans for Vietnamese staples that includes organized fan clubs. The eateries are said to have succeeded in “weaving the cuisine into the larger Crescent City culture”, including among those with no direct connection to Vietnam.

A New York Times Magazine article cast Dong Phuong among the best banh mi makers in the U.S. and one of the most unusual in the area east of downtown New Orleans on Chef Menteur Highway. A 2010 New York Times article referred to the experience of having a banh mi at Dong Phuong as “one of the signal pleasures of the American South.” 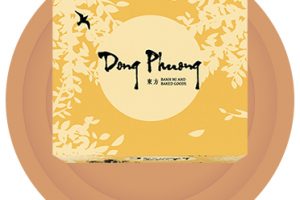 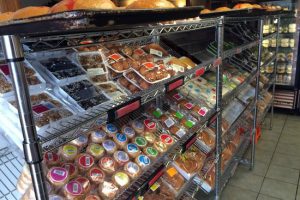 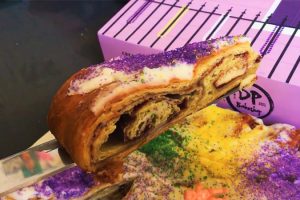 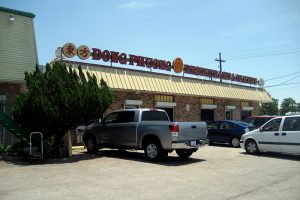