HUNGRY FOR SOME LOUISIANA ADVENTURE?

Did you catch Louisiana’s own Chef Eric Cook on season 2 of Gordon Ramsay: Uncharted? Chef Eric proudly exhibits Louisiana’s abundant natural resources by serving up a bold adventure in Ramsay’s global culinary expedition series. In this season, Ramsay Turns Up the Heat and Feasts His Way Through Tasmania, South Africa, Indonesia, Louisiana, Norway, India and Guyana.

Season 2 takes the viewer on great adventures. Under the guidance of local experts and food legends he meets along the way, Ramsay will partake in culinary customs and learn about delicious delicacies and fresh flavors unique to each region. Every ingredient he harvests, dish he tastes and person he meets will inspire him to create a recipe from scratch, intended to represent the heart of that culture. Each episode concludes with Ramsay challenging himself during a final big cookout with a local food legend by his side, as they prepare a meal together for locals he met during his journey.

During his visit to Louisiana, the episode featuring Louisiana and Chef Eric Cook, Ramsay journeys to Louisiana to learn the secrets of Cajun cooking. He meets Eric Cook — a former Marine turned celebrated chef — who sends him off to get lost in the marsh and see what he brings back. In his quest, Ramsay faces down dangerous and delicious creatures from deep in the swamps to the middle of the Gulf of Mexico. Does he rise to the challenge, or do his skills end at the “End of the World?”

You can view the episode on the National Geographic App, HULU, and Disney Plus. You can also access it here: 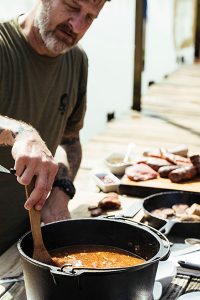 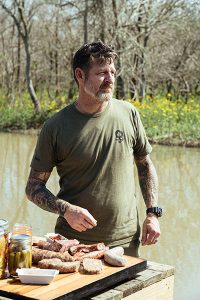 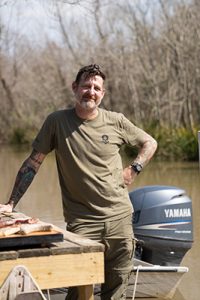 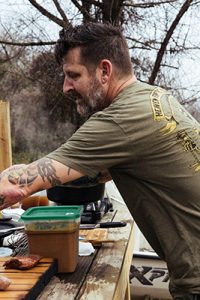 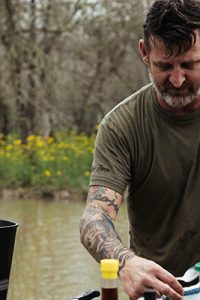 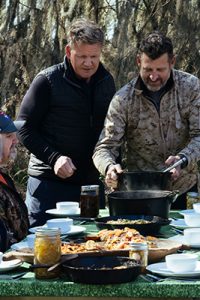 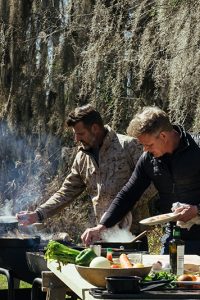 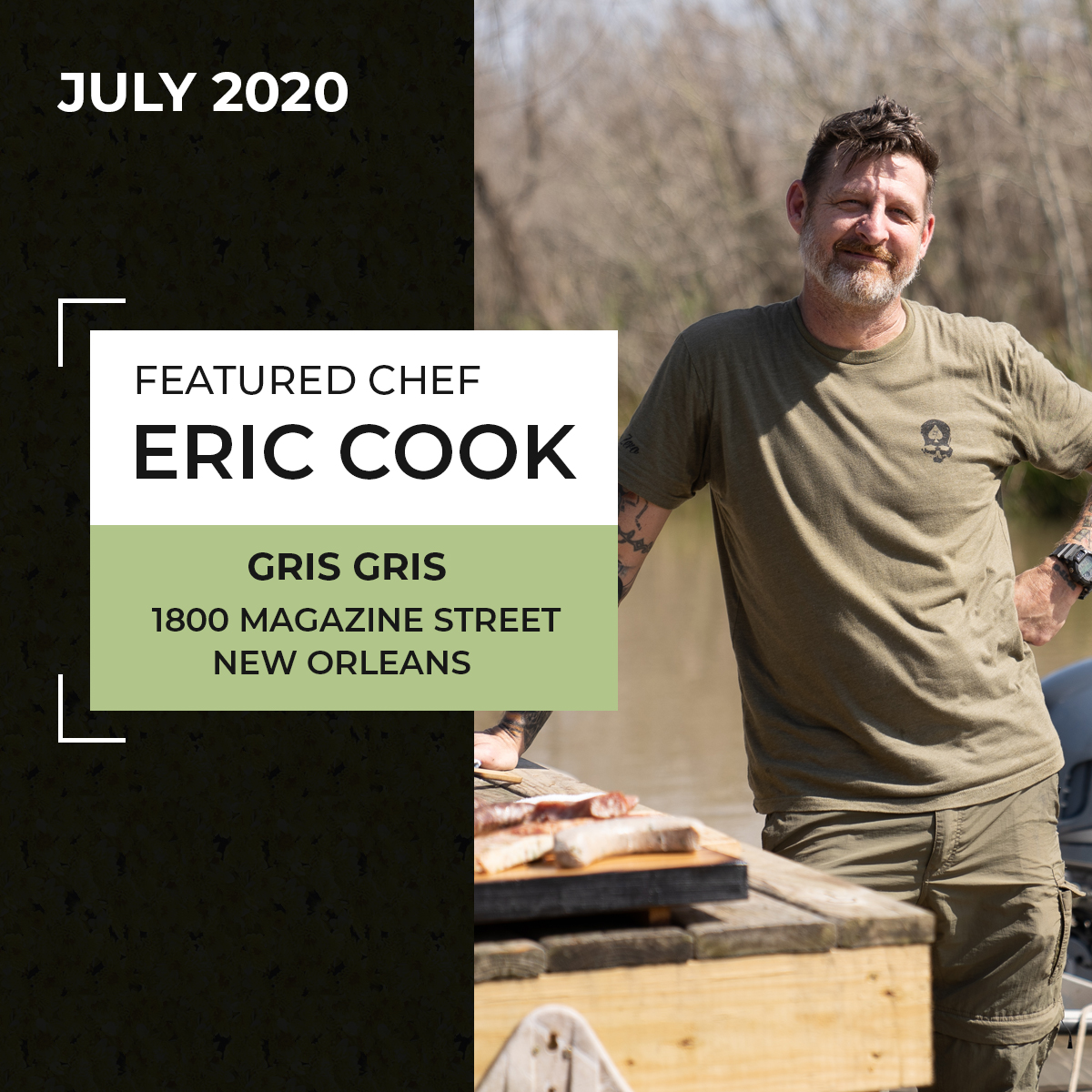 Chef Eric Cook, a native of New Orleans, Louisiana, is a combat veteran who served six years in the United States Marine Corps. With training from the John Folse Culinary Institute, he began his culinary career at Brennan’s in the French Quarter where he studied under Chef Mike Roussel. Soon after, Cook joined the team at Commander’s Palace as Sous Chef and Chef de Partie. Cook has also worked as a private chef, executive banquet chef, and research and development consultant for several national restaurants. His career has taken him through some of the finest restaurants in New Orleans and he has served as Executive Chef for National WWII Museum’s American Sector, Dickie Brennan’s Bourbon House, Tommy’s Cuisine, and N.O.S.H.

In 2016 Cook won the National Chef’s Taste Challenge, 1st place in the Louisiana Wildlife and Fisheries Seafood Competition, and received the Award for Culinary Excellence from Centerplate. His barbecue team won “Whole Hog Champion” of Hogs for the Cause in 2016, and had top 10 rankings in 2 categories in 2018. He has also participated in Great American Seafood Cookoff, the Louisiana Seafood Cookoff, and most recently, the ACF Best Chefs of Louisiana.

An advocate for the United States military and his hometown, Cook stayed in New Orleans during Hurricane Katrina to helped feed troops and first responders. He has been an active volunteer for organizations such as Wounded Warriors, The Legacy Foundation, Disposable Heroes Project, We Heart Veterans, The American Red Cross, is a member of the Veterans of Foreign Wars, and is a founder and President of the First to Fight Foundation. Cook has volunteered for many charitable events such as the Steel Beach Picnic, Café Hope Mentor Program, Edible School Yard New Orleans, St. Michael’s Chef’s Charity, the United Way of Greater New Orleans, Better Than Ezra Foundation, and several schools in the New Orleans area.

In 2018, Cook opened Gris-Gris in the Lower Garden District in New Orleans where he serves classic Southern dishes and New Orleans favorites such as shrimp and grits, chicken and dumplings, and redfish court-bouillon. Gris-Gris has an open kitchen where you can sit at the counter, chat with the chef, and see everything being prepared, as well as a beautiful upstairs bar, wrap around balcony overlooking Magazine Street, and a private dining room with a roof-top terrace. Gris-Gris has already won awards for best chef, best gumbo, and named “Best New Restaurant of 2018” by New Orleans City Business, “Reader’s Choice: Best Restaurant of the Year” by Eater New Orleans, and “Best Bar for People Watching” by New Orleans Magazine.