Desley Washington is a Christian, married, mother of three, earned a master’s degree in Nursing and works full time. She also spent ten years of her life serving in the military and now organizes the Women Veteran Day Celebration in Louisiana.

She recently asked her three daughters what they thought life was like for her in the military.  Her oldest daughter, Brianna’s, response leaned towards social justice, saying it was probably like serving a country that was not completely ready to help all Americans.  Desley, the youngest of 5 children, grew up in New Orleans, Louisiana.  Her older sister and brother were already serving in the military, Air Force, and Navy, respectively.  As every baby sister wants to be like their older siblings, Desley joined the Air Force.   At 18 years old, she was bright-eyed, bubbly, and clueless and had faith in the Air Force’s commercials of “Aiming High.” She felt that the Air Force was the best way to gain an education, job, and travel. She enlisted and served in the Air Force for ten years.

Desley’s middle daughter, Myla, described personal qualities. “It took a lot of courage, discipline, and a challenge being away from home.” This comment took Desley back to Basic Training. She remembers calling home crying, wondering what in the world did she get herself into.  Desley was maturing, getting stronger, and mentally tougher each day.

Meanwhile, back at home, Desley’s other sister was attending Southern University School of Nursing.  Desley learned that Nursing School was more difficult than Basic Training!  With a desire to be equally fair to both of her older sisters, she decided not to re-enlist and attended Nursing School, where she graduated with Honors.  She contributes the skills acquired in the military to making nursing school less difficult for her.  She understood the value of hard work, dedication, professionalism, and resilience. Desley’s husband, Dartain, was not intimidated by her strengths, character, and tenacity. “Together, we love God, love and respect each other, protect the people and things that matter most to us,” said Dartain.

Her youngest daughter, Lynsey’s thoughts of life in the military, were straightforward.  She replied when asked, “if you were assigned a job to do, you did it until it was done, AKA, mission complete.” Desley feels that her mission is not complete until every female veteran is recognized, honored, and celebrated in an exclusive Women Veterans Day Celebration throughout the city, state, and nation.  Female soldiers have and continue to contribute to America’s military.  Desley needs the community to help with the upcoming 3rd Annual Women Veterans Day Celebration. The celebration is free to women veterans and is funded solely by donations.

To find out more about the event and how to make a tax-deductible donation, please contact WomenVeteransAssociation@gmail.com 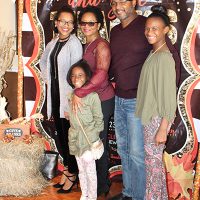 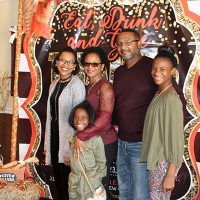 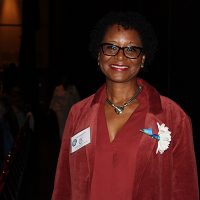