Mix all ingredients together in a large bowl. Refrigerate until ready to serve.

To serve, heat sliders in the oven at 400ºF for 8 minutes. Top warm sliders with a heaping of pulled pork and coleslaw.

A native of Donaldsonville, Louisiana, Chef Kyle Rome found his passion for cooking at the age of six years old spending time in the kitchen with his Italian great-grandmother who taught him all the great traditional recipes, his favorite being spaghetti, and meatballs. As he grew older, he would spend weekends with his family at the hunting camp where he had the chance to learn about Cajun and Creole styles of cooking. Rome went on to train at the Louisiana Culinary Institute and began his professional career running several different kitchens across the nation.

In 2017, Rome formed the Cajun Gravy Foundation that joined chefs together to cook for first responders during natural disasters. This foundation was the first to arrive in Orange County, Texas to aid in relief efforts due to flooding in August 2017. He and his volunteers served over 19,000 meals in four days to first responders and military. Rome is the former owner of the Red, White, and Que food truck that was so popular in downtown Baton Rouge that he wanted to take it off wheels and begin a restaurant.

Making that dream come true Chef Rome opened Tchew’s, located in Prairieville, Louisiana, in April 2019. He transformed what was formerly a Sonic drive-in into a smokehouse and barbecue restaurant. Tchew’s features barbecue that is simmered to perfection over Louisiana pecan wood. Rome has also, kicked it up a notch by putting a new spin on traditional dishes. His most famous, The Rachel, a sandwich piled high with pulled pork that is topped with macaroni and cheese and house-made barbecue sauce and served between two thick slices of Texas toast.

Tchew’s was nominated for several categories including Best New Restaurant, Best Ribs, and Best Seafood, recently, in Best of Ascension and was featured as a new and innovative restaurant in 225 Magazine. Rome is also the owner of Kickstand\’s Kitchen, a catering company that features seafood, boiled crawfish, and many traditional Louisiana dishes.

Please look for Chef Kyle Rome, and Tchew’s on the upcoming episode of Man, Fire, Food on the Cooking Channel when it airs Wednesday, June 19th at 8pm CST. 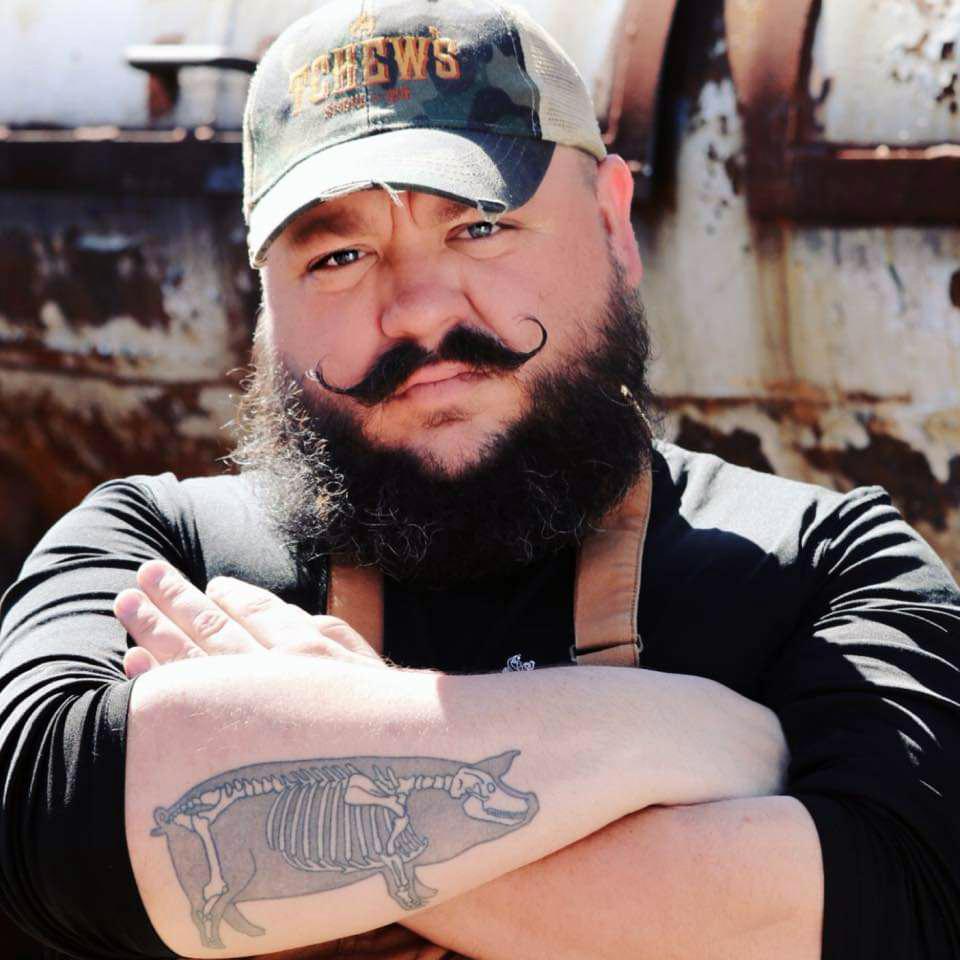