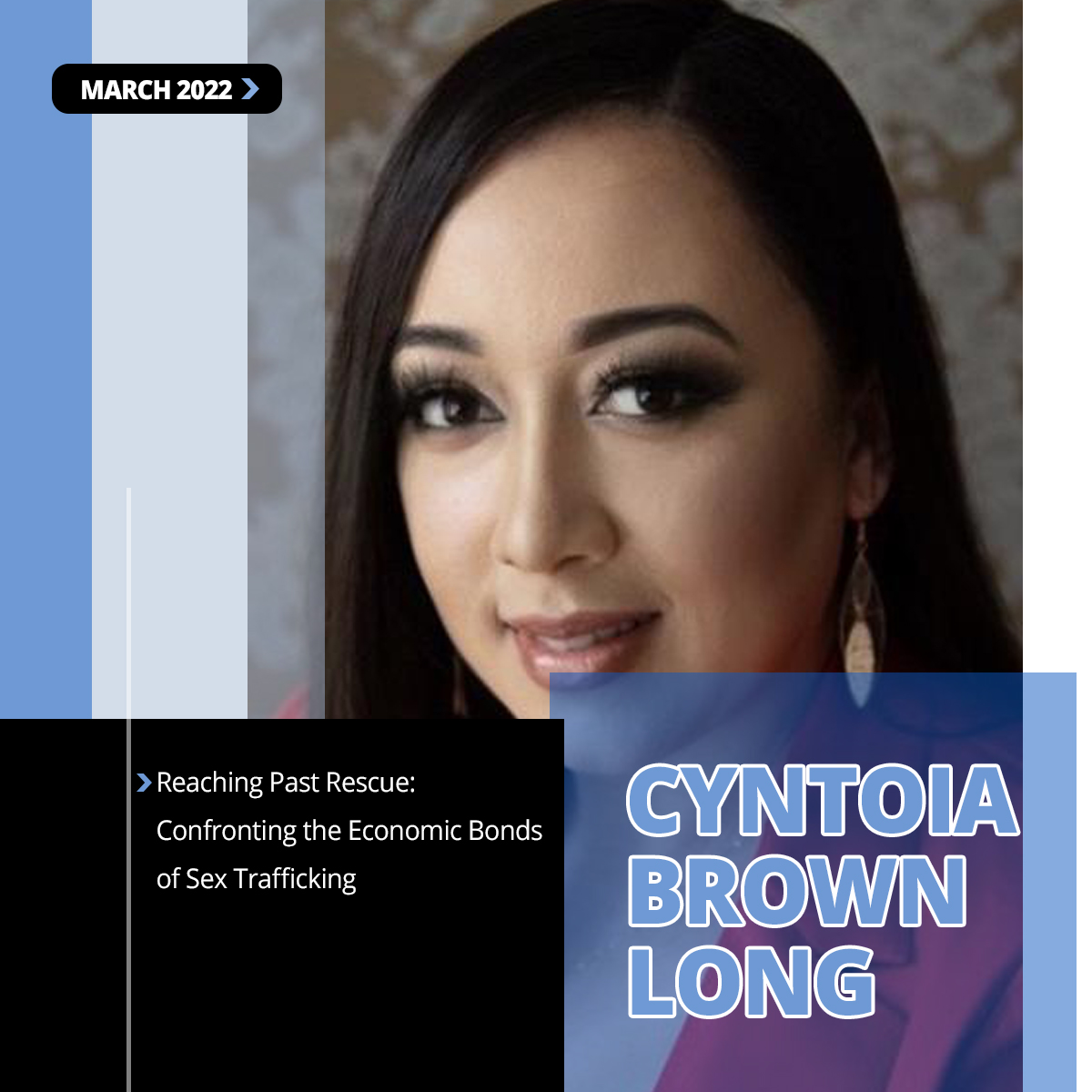 Reaching Past Rescue:
Confronting the Economic Bonds
of Sex Trafficking

In a recent podcast, successful entrepreneur and business coach Crystal Carmen speaks to the question that many survivors of sex trafficking are left to figure out on their own. In the hour-long interview, Crystal pulls a pressing issue out of the whispers of survivor circles and plops it right in the middle of the gap left by our country’s human trafficking response: What happens after rescue?

Although certain discussions remain tucked deep in the shadows, we are getting better at “breaking the silence” when it comes to sex trafficking. Rescue rhetoric has made its way into nearly every break room, auditorium, and dinner table within the past decade. But sit long enough in conversation with a survivor, and reality will quickly set in that the broader effort to “break the chains” fails to deliver on its promises of conquering the bonds that keep women vulnerable.

What happens once the capes come off and the counseling session wraps? What does restoration after rescue look like in the context of service provision and agency response?

The most profound insight on these questions comes from an unlikely source. While parading their intention to protect a viable economic option for those who “consent” to being exploited, proponents of full decriminalization miss a grand opportunity to address the elephant their most valid point places so effectively in the middle of the room.

Why are so many people cornered into viewing “sex work” as a viable economic option with all of the millions of dollars being poured into initiatives seeking to combat it?

For more than two decades, the brightest minds and deepest pockets have vowed to spare no resource in putting an end to modern-day slavery, but little investment has gone into the self-sustainability component of freedom for survivors. In the words of Mats Tunehag, the forefather of the Business as Mission movement:

“The global awareness is rising quickly, and manifestations against it multiply. But we are yet to see a major breakthrough in setting the captives free, which is more than a rescue operation. The survivors need healing and jobs with dignity. Jobs are also essential to adequate prevention to human trafficking.”

While several organizations have attempted to incorporate business into their mission to end trafficking, many of them run the risk of functioning as exploitation in a frilly sundress. What about the women who don’t want to spend their days pouring soap in molds to fund a non-survivor’s six-figure salary? How can marketplace participation impact their lives in a way that respects both their dignity and autonomy? In a way that helps bring to fruition the dreams, they dare to dream when given the space?

When considering the need for survivors to take back ownership of their lives, initiatives that incorporate career training, access to capital, and entrepreneurial support could be a game-changer in the fight to end trafficking. Although we need advocacy to shed light and service provision to address trauma, there is a case to be made on the need for sustainability beyond stabilization.

Trauma-informed care and consistent healthy relationships can produce healing for those who are hurting, but viable and equitable participation in the marketplace produces income for the hungry.

Federal and State leaders are uniquely positioned to breathe new life into the movement to break every chain. We can break through the glass barrier that the anti-trafficking community is currently pressed up against through the strategic and thoughtful allocation of funds. Allocation of funds for business accelerators and incubators specifically geared toward survivors and fully funded post-secondary education for survivors is a relatively simple act for these budget influencers. A more robust act would be to leverage private sector partnerships in order to create career opportunities that don’t keep women tethered to the “survivor work” realm and offer them the mentoring and support they need to become competitive in the workforce.

After listening to her interview, it became clear that Crystal and I share a few things in common. We both survived sex trafficking as teenagers and are eager to educate others on the way forward. As nonprofit leaders, we serve in the gaps revealed through our own experiences. And after experiencing the freedom of successfully building careers on our own terms, we’ve come to the same conclusion: It’s time to reach past rescue and rethink the path to freedom.