Women’s Heart Health:
“We Have Come A Long Way, Baby”

If you are old enough to remember the old advertisement slogan, “You’ve come a long way, baby,” then continue reading.  In the decades since this campaign that appealed to the modern woman was first launched, there has been a dramatic increase in women’s contribution outside the home and more men staying home or working from home.  Despite this progression and blending of traditional gender roles and responsibilities, exclusive biological differences in men and women influence cardiovascular health.

Heart disease had been traditionally thought of as a man’s disease by both men and women alike.  As an answer to the call for greater awareness of women’s needs beginning in the 1960s and 1970s, more research was dedicated to women’s health concerns.  As women age and lose estrogen during menopause, the risk of heart disease climbs to equal that of their male counterparts.   This risk may be even higher in women of specific ethnic populations or even geographic regions such as south Louisiana, where risk factors such as high blood pressure, high cholesterol, obesity, diabetes, and poverty are the highest.

In the past, women were less likely to seek care for their heart-related symptoms, and they were less likely to be referred to a specialist for cardiovascular evaluation even when they did.  While presenting symptoms are highly variable, women may not exhibit the same typical chest pain from obstruction of larger heart arteries as what happens to their male counterparts.  Women are more likely to have microvascular disease, which is a disease in the smaller arteries of the heart that may not even be detected on traditional testing, and present with simply shortness of breath, heartburn, fatigue, or palpitations.

While heart disease remains the #1 killer in the United States, the incidence has been on the decline in recent years.  Programs that raise awareness and promote education have empowered women to know their risks, recognize their symptoms, make positive changes, and be their advocates.  We really have come a long way, baby. 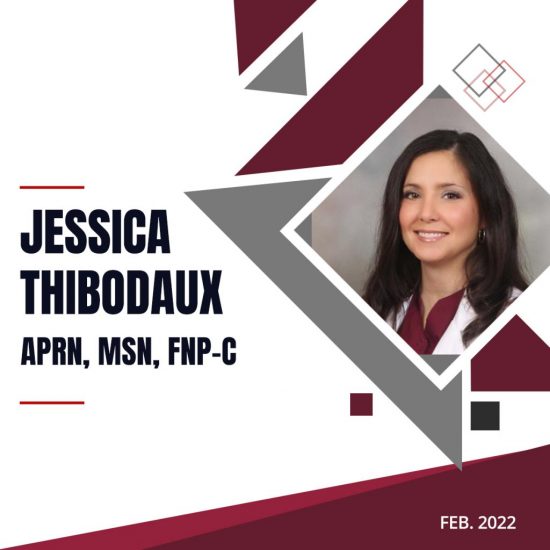 Jessica Thibodaux, APRN, MSN, FNP-C is a family nurse practitioner who practices at Cardiovascular Institute of the South. She has over 20 years of experience in cardiology in both the ambulatory and hospital settings. She is passionate about life-long learning, community outreach and patient education.