Teach MAM (Music, Arts, Movement) is one of my initiatives to encourage schools to incorporate music, arts and physical education courses in their daily curriculum.  Studies prove that all three help develop the whole child and lead to success both in the classroom and in life. 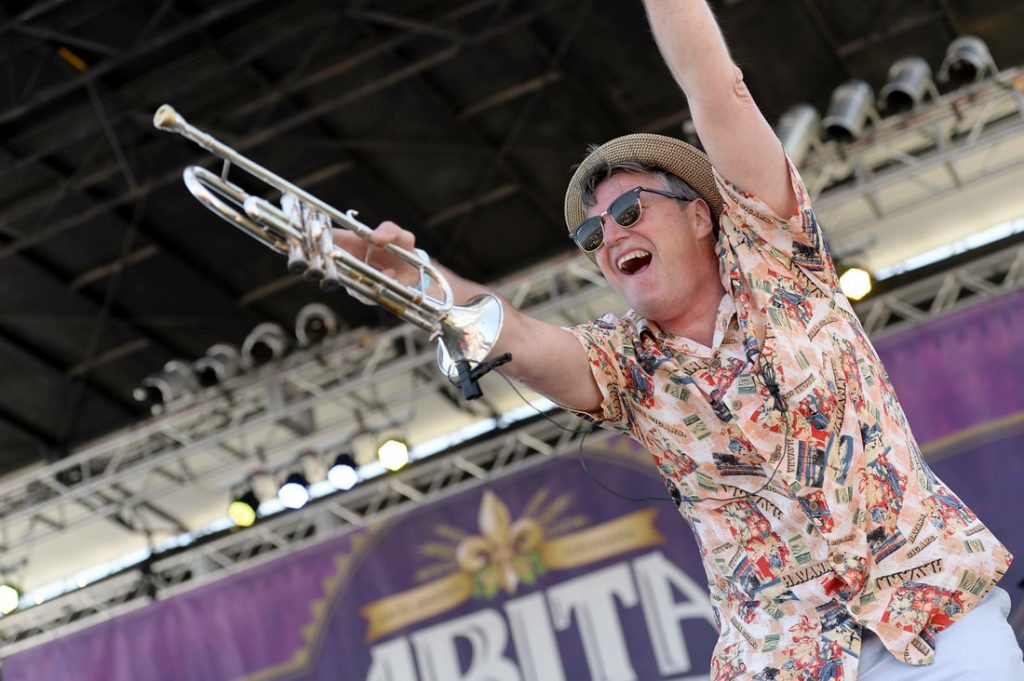 The Arts are alive and well in St. Bernard Parish thanks in large part to outstanding music teacher, Kenny Kerth! Each year Chalmette High School starts the Christmas season with their variety show produced by Kerth.  It’s a collaborative effort between the school’s music, dance, theatre, audio/visual tech, culinary, and ambassador programs. The show begins the first week of December, and this year’s theme is Christmas Through the Ages.

Talented in his own right, Kerth is a professional trumpet player who leads his own band and has won multiple awards including, Best of the Beat Awards as a member of the Bucktown All-Stars. He has performed with the Imagination Movers on the Disney Channel. In addition, he has been a voting member for the Grammy Awards of The Recording Academy since 2008.

Kerth has been teaching in St. Bernard since 1988. He started his career in special education before becoming the band director for Chalmette Middle School. Later, he moved to Chalmette High and is now teaching the Talented Music Program.

He holds Bachelor of Arts degrees in Music Business and Music Education from Eastern Kentucky University and a Master’s degree in Education Administration from the University of New Orleans.