Deployment of the 832nd

The recent overseas deployment of the 832nd Engineer Utilities Detachment, a Louisiana National Guard unit headquartered in Plaquemine, is a reminder to all of us that our support of the Nation’s war fight continues.  Since 9/11, over 18,750 Louisiana Guardsmen have deployed in support of the Global War on Terror.  Currently, over 700 LA Guardsmen are deployed overseas and another 450 are pending deployment.  For nineteen years now, Guard units continue to perform admirably, professionally, honorably, and return as heroes.  To those Guardsmen currently deployed and to their families, we say God bless and God speed.

The National Guard remains vital to the success of our Nation’s objectives abroad as well as the safety and well-being of citizens here on the home front.   The role of the Guard is as critical today as it ever has been.  Whether we are looking at the overall force structure and posture of our Nation or the emergency preparedness of our State, the National Guard is a key component in the successful mission outcome for the task at hand.

Community support for the National Guard remains outstanding.  Louisianans have a long standing history of patriotism and for supporting the US Armed Forces and they are undoubtedly a “silent partner” for the Guard.  Community support is the base, the very foundation for a local National Guard armory and those community ties are essential to the success of that unit.  One of the unique qualities of the National Guard is that its members come from the same communities that they protect.  Certainly, all hazards and disaster response missions have brought the community and the Guard together and the relationship is as strong as ever.

The Louisiana National Guard motto, “Protect What Matters”, is a reminder to all of us that we need to safeguard and protect each other and never tolerate anything less than respect and honor in all that we do. 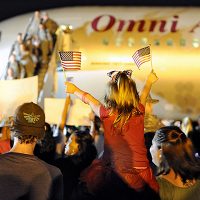 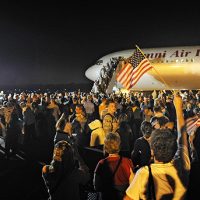 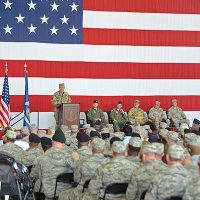 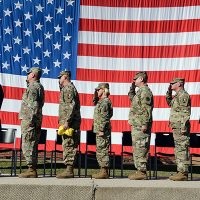 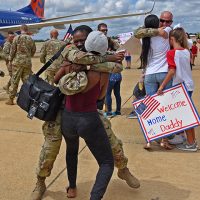