Each year, the U.S. Department of Veterans Affairs Center for Women Veterans sponsors an annual campaign in honor of Women’s History Month and throughout the year celebrates the contributions of these trailblazers and women veterans, representing all military branches, during and after their military service. The campaign showcases the impact these trailblazers have made on a single event or action or demonstrated over time in the areas of education, employment, entrepreneurship, homelessness, law, mental health, and wellness. This year, Louisiana’s own Sandra Franks is honored as one of the 27 women veteran trailblazers.

Franks served in United States Air Force for 23 years and retired in 1997. During her career, she was the first woman to serve as First Sergeant of a Rescue and Recovery Squadron. She was promoted to Master Sergeant under the Stripes for Exceptional Performers. She is the recipient of several awards to include Airman, NCO, Senior NCO, and First Sergeant of the Year.

In 2007, she joined Overton Brooks VA Medical Center as the public affairs officer, which she held until 2014. She is a lifetime member of the Disabled American Veterans and maintains a state office as the women veterans coordinator. She is a member of the Women’s Healthcare Committee at Overton Brooks VA Medical Center and is the Community Veterans Engagement Board’s co-chair.

In addition to starting the women veterans’ group, Franks spearheaded a fundraising campaign that brought a women veterans’ monument to fruition in the local community. Fundraising for the memorial took over three years to raise approximately $90,000 to complete the project. The statue is a bronze, one-of-a-kind, life-size statue of a woman warrior in battle dress uniform. She stands on a granite pedestal with the inscription, “Dedicated to those who have, those who are, and those who will serve our great Nation,” and a granite base with the five bronze service seal. 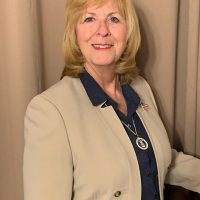 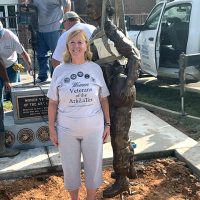 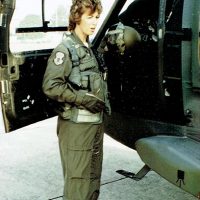 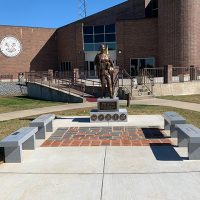