The New Orleans native wanted to do something for her city, & reflect the culture in her business. It’s one of the reasons why her wine sells out in most of the New Orleans local stores, including Second Vine Wine, a popular wine store that holds classes & wine tastings.

Her wine business idea came to Lewis while she was traveling with her then-husband to beach destinations, where she compared the culture’s wines with American wines. Her interests peaked, & she thought what it would be like starting her own company. “People would tell me all the time that I drink enough wine to start my own company!” Lewis recalled.

However, it wouldn’t be until her divorce was finalized in 2016 that the New Orleans native would act on her idea. Lewis started doing her own research when she found that people in the industry wouldn’t give her insight on how to even begin. She started calling attorneys’  firms & consulting businesses to assist her with the paperwork. “I filed for my own paperwork for my business.”

Next, Lewis looked up vineyards to produce the wine. Her first one was in Napa Valley, where they were open to help produce and package the wine, however, it was costly. “I didn’t think to include permits & shipping when I first inquired about them,” she remembered. So she moved on to Texas, where it took her four to five months to find one. When she did, it took seven to eight months for the winery to harvest, distribute, and let the wine sit to get a good taste. Things looked promising for the mother until the winery decided to halt all new customers in the middle of her distribution.

Refusing to quit, Lewis continued her search. She finally found a winery in Louisiana; the Landry’s.  The Landry’s winery loved the New Orleans references and street names on every bottle, with its depiction of old New Orleans. So, they agreed to work with her.

In April 2019, Lewis officially dropped Ole Orleans, dedicating the business and all of the hard work to her beloved city & her kids: “I wanted to do something different, but I wanted to stand out. I’ve given my kids part ownership of the company so that they have something tangible.” Her eldest son helps with the business; promoting his mother’s company is the highlight for Lewis starting her own company. She said, “If you have a child that’s proud of your brand, then you’re doing something right.”

Within the first year of her wine business, Lewis has done multiple interviews, has been a panelist during Essence Music Festival, and has been honored with an award. But for her, being a part of the 1% of Black women who own a wine business, is the greatest achievement of all: “I like to go against the odds. Being that 1% means that I broke a barrier down. For more than just my family, but for women – especially black women.” 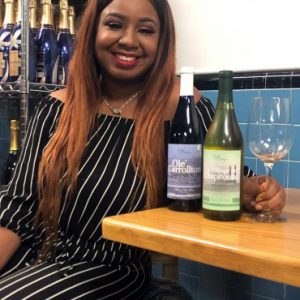 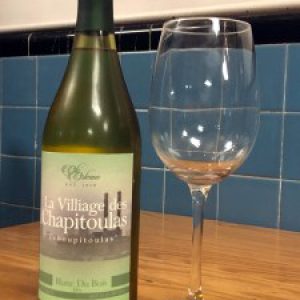 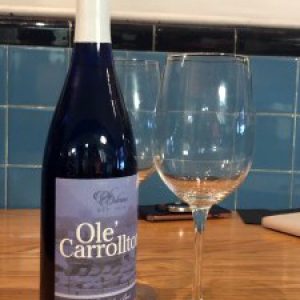