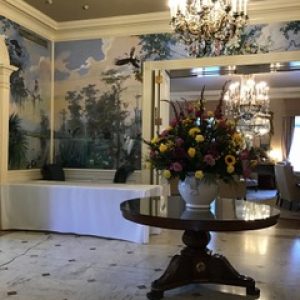 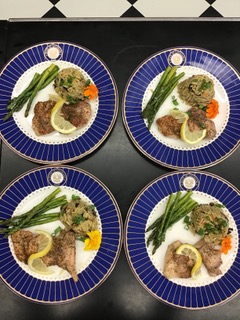 The Louisiana Governor’s Mansion was built in 1963 under the administration of Governor Jimmie Davis.  Located on Capitol Lake near the Louisiana State Capitol in Baton Rouge, the Mansion was designed by the architectural firm of Annan and Gilmer of Shreveport.  The exterior of the Mansion was inspired by Oak Alley Plantation in Vacherie, Louisiana.

In 1996, First Lady Alice Foster guided a major refurbishment of the Mansion.  She began by creating the Louisiana Governor’s Mansion Foundation, a nonprofit entity dedicated to both maintaining and preserving the Mansion.  Twenty years later, in 2016, First Lady Donna H. Edwards is continuing that legacy of preservation by establishing a Governor’ Mansion Preservation Foundation to include not only the interior but also the exterior and grounds of the Governor’s Mansion.

The structure of the Mansion itself, along with its furnishings, reflects Louisiana’s history and culture, making this truly a public monument Louisianans can be proud to call their state’s home.

The interior structure of the Mansion is notable for its rooms of majestic proportion and its many stunning features.  A magnificent mural in the foyer by Ausiklis Ozols of the New Orleans Academy of Fine Arts depicts the landscape of our great State.

The rugs on the staircase, in the drawing room, and in the dining room were created by Edward Fields and Co., with inspiration from the State Seal depicted in the marble floor of the rotunda.  They also incorporated symbols such as the 64 fleurs-de-lis woven into the Dining Room rug representative of the 64 parishes of Louisiana.

Crowning the top of the rotunda is a hand-painted border listing the 64 parishes of Louisiana.  Surrounding the chandelier in the rotunda are 18 stars symbolizing the fact that Louisiana was the 18th state to join the United States of America.

Please click the link to order and we thank you for your support of the Governor’s Mansion Preservation Foundation.