The St. Michael School Bell Choir, under the direction of Mrs. Jill Hitchins, is comprised of teens and adults with intellectual and developmental disabilities. Established in 1969 as an inspiration of Principal Sr. Lillian McCormick, they have performed for many school and community events including the Holiday Spectacular with the Louisiana Philharmonic Orchestra, the National Anthem at Saints and Pelicans games, Roosevelt Hotel lobby lighting festivities, and an annual program for the Archbishop and his staff.  They were honored to be included in the Papal Mass for Pope John Paul II when he visited the city.

Mrs. Hitchins, wife and mother of three sons, trained in three musical instruments and voice, and she holds a Masters in Special Education from the University of New Orleans. Having taught English Language Arts and Life Skills to students with special needs since 1978, she transitioned into the Bell Choir Director position in 2000. There are three levels of bell instruction where music notation is adapted into a number system, and the director points to numbers on a chart to cue the ringers. Notation for shaking bells, muting, and dynamics is also indicated. Mrs. Hitchins arranges music for a variety of sacred, holiday, inspirational and popular selections.

Since 2015, she has also directed the vocal music instruction. All St. Michael students participate in music at some level, whether in large group singing and music appreciation classes, one of the bell choirs, and/or the select vocal choir. Mrs. Hitchins’ greatest fulfillment is observing students with limited verbal ability express themselves through music.

In 2006, Mrs. Hitchins also established a special needs inclusion program at the Contemporary Arts Center as part of their Summer Arts Camp. She worked on the staff there for eleven years. This program continues to be open to students with special needs. 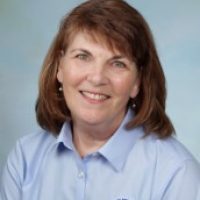 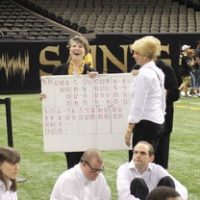 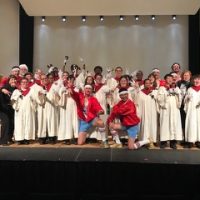 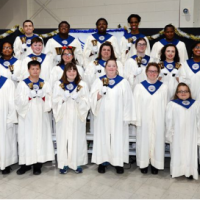