Heat the butter in a medium sauté pan over a medium flame. Add the onions and peppers and cook until they are translucent, about 5 minutes. Add 1½ cups of the flour and mix energetically. Cook for 5 minutes to make sure the flour is cooked through; it should start to take on a golden color. Pour the milk into the flour mixture and cook, stirring continuously, for about 2 minutes; add the spices, until you have a thick béchamel.

Add the conch and sprinkle in the salt and nutmeg. Cook for another 2 minutes. The mixture should be thick enough that you can mold in your hands. Carefully pick up a bit and try to ball it with your hands. It shouldn’t be too sticky. If it does stick to your hands, cook it a little longer. Then, spread the mixture on a cookie sheet and let it cool to room temperature.

Take a spoonful of the cooled béchamel mixture and roll it in your hands to make a small cylinder the size of a wine cork. Roll the cylinder in the remaining 1 cup of flour, then in the eggs, and then in the breadcrumbs. Repeat with all the croquettes.

In a small, deep frying pan, heat the olive oil to 375°F (190°C – measured with a candy thermometer). Add the croquettes in small batches, making sure they are covered completely in oil. Fry until they have a nice golden color, about 1-2 minutes; then transfer them to paper towels to drain. Repeat with all the croquettes and serve hot with some tartar sauce and lemon wedges. Enjoy!

Born and raised in St. Lucia, Nina grew up with the flavors and beauty of the Caribbean. Upon completion of secondary school in England, she returned home where she decided to pursue her dream of becoming a chef. Her wary but supportive parents arranged an internship with a friend’s hotel in Jamaica where she fell in love with the creativity and camaraderie of the kitchen. Leaving the cozy, warm winters of the Caribbean, Nina chose to move to chilly Hyde Park, NY to study at The Culinary Institute of America.

Graduating in 2001 from America’s finest culinary school, Nina began her professional journey at Daniel in New York City, working and continuing her culinary education alongside world renowned chef/restaurateur Daniel Boulud and his team.

After moving to Miami, she continued to work with the best, joining the crews of Norman Van Aken at the original/iconic Norman’s then Philippe Ruiz at Palme d’Or at the historic Biltmore Hotel. Eventually Nina moved to Casa Casuarina, a private club and boutique hotel in Miami Beach where she rose from Sous Chef to Executive Chef of the small yet highly acclaimed property.

With the excitement of the 2008 reopening of the refurbished Fontainebleau Miami Beach, combined with the chance to work with Scott Conant at Scarpetta, Nina leapt at the chance to join the pre-opening team as Sous Chef and went on to be appointed Chef de Cuisine, where she earned raves and accolades. During a star turn on BRAVO’s acclaimed cooking competition show, Top Chef New Orleans, on which she was a finalist and fan favorite, Nina fell in love with the Crescent City. An opportunity with Provenance Hotels lured Nina to New Orleans where she opened her first solo restaurant, Compère Lapin, at the Old No. 77 Hotel & Chandlery in the Warehouse District.

Since opening in June 2015, Compère Lapin has received critical acclaim including Eater National’s “Best Restaurants in America 2017”; a rave review in The New York Times, and Top 10 Winner of Playboy’s Best New Bars in America 2016. At Compère Lapin, the talented toque creates robust dishes that meld the flavors of her Caribbean upbringing and love for French and Italian cuisine, while highlighting the Gulf and Louisiana’s beautiful indigenous ingredients.

A woman of many hats, Nina Compton also serves as the Culinary Ambassador of St. Lucia.

Interviews and images available upon request. 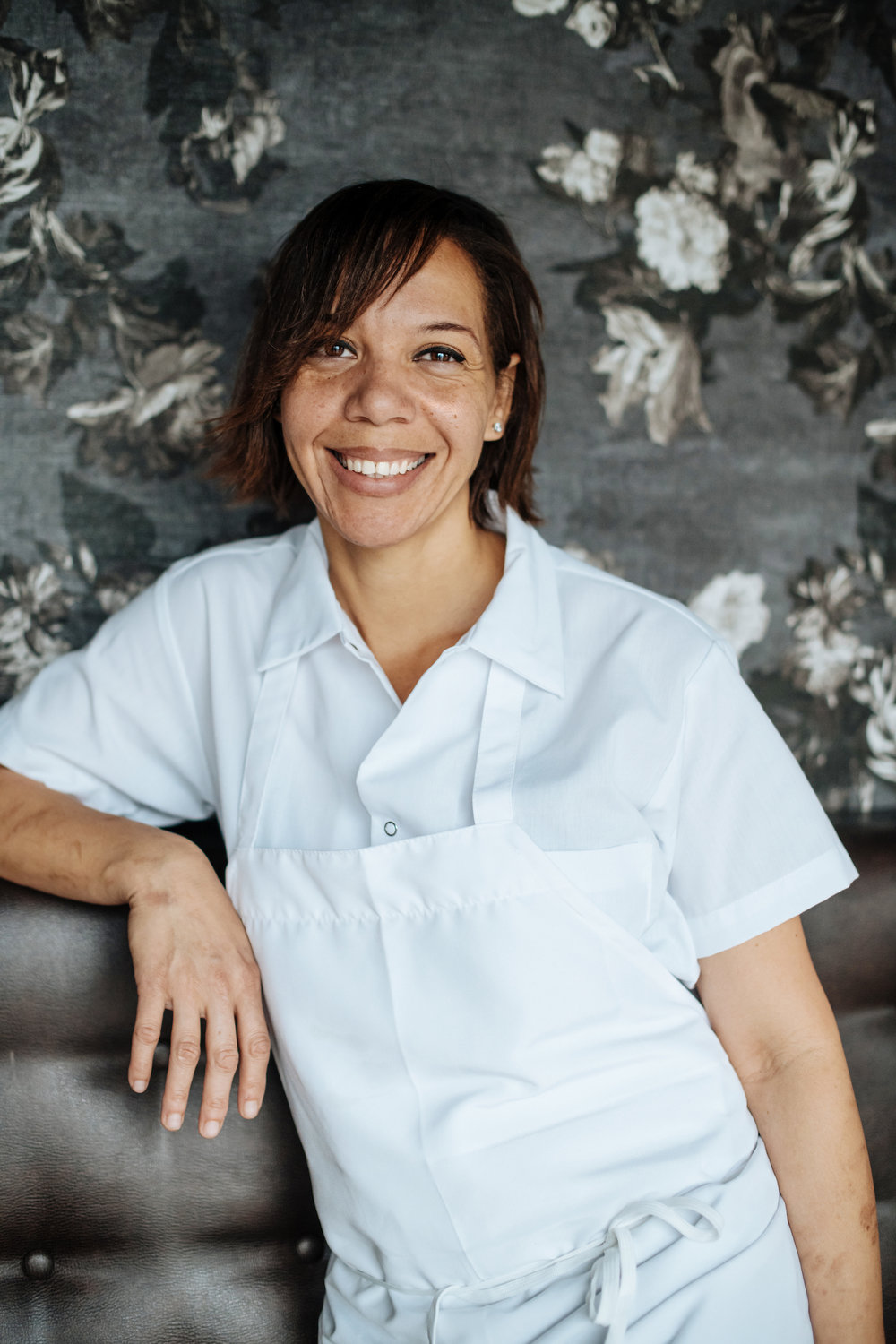